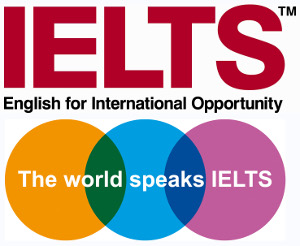 The International English Language Testing System, or IELTS /ˈaɪ.ɛlts/, is an international standardised test of English language proficiency for non-native English language speakers. Established in 1989 it is jointly managed by the British Council, IDP: IELTS Australia and Cambridge English Language Assessment. IELTS is one of the major English-language tests in the world, others being the TOEFL, TOEIC and OPI/OPIc.

A Note On IELTS Videos: The British Council produces many great videos for their programs. These are posted to various YouTube channels rather than directly on their website. This makes it difficult to impossible for students without YouTube access to see. We’ve made copies of some of these and made them available here to assist those who cannot view them otherwise. When possible links to the original YouTube page are included. Please note that there are a huge number of instructional videos available for all International testing programs on YouTube and we have only copied a few here. In time we may add more after we have had a chance to review and get permission from the teaching organizations who have put up the original content. The See Also section below also lists additional YouTube channels with useful content for those who can access.

Additional informational and instructional videos related to IELTS can be found on the IELTS Video page.

Who Takes the IELTS Test?

Just over half (51%) of test takers take IELTS for university placement purposes. It is used by over 9,000 educational institutions worldwide. As a general rule, the top ranked universities in the United States tend to require a higher IELTS band (typically 7.0). Most other universities accept scores between 6-7 as being suitable for undergraduate English.

IELTS is also widely accepted for Immigration and Employment purposes. A number of Commonwealth countries use IELTS scores as proof of prospective immigrants’ competence in English. Some of the countries accepting IELTS scores for Immigration include Australia, New Zealand, Canada and of course the United Kingdom. Please see the Wikipedia IELTS Page for detailed descriptions of the requirements for each of these countries.

What Are “Band Scores” and What Are They Used For?

IELTS is a multi-level test and there are no pass or fail grades. Each section of the test is given a score between 1 and 9 scored in half point increments. The four scores are then averaged together to obtain the final score. A Band Score is simply an indicator of what range the final score fell into. Overall band scores are reported to the nearest whole or half band. If the average across the four skills ends in .25 the score is rounded up to the next half band and if it ends in .75 it is rounded up to the next whole band.

Band scores are used by universities, immigration departments and some employeers as an indication of the level of language proficiency. In addition many institutions will take into consideration not only the final band score but the individual scores for each section of the test. For more information on how bands are computed and what they mean see the links below in the British Council section of this page.

There are two types of IELTS tests that are given – Academic and General Training. IELTS Academic is intended for those who want to enroll in universities and other institutions of higher education and for professionals such as medical doctors and nurses who want to study or practise in an English-speaking country. IELTS General Training is intended for those planning to undertake non-academic training, to gain work experience, or for immigration purposes. The test is made up of four parts:

The total test time is 2 hours and 45 minutes. The Listening, Reading and Writing sections are completed in one sitting. The Speaking test may be taken on the same day or up to seven days before or after the other tests. All test takers take the same Listening and Speaking tests, while the Reading and Writing tests differ depending on whether the test taker is taking the Academic or General Training versions of the test.

The Reading Section is made up of three parts and texts totaling 2,150 – 2,750 words. There are a variety of question types including multiple choice, short-answer, information identification, identifying writer’s views, labeling diagrams, completing a summary using words taken from the text and matching information/headings/features in the test/sentence endings. Points will be deducted for incorrect spelling and grammar.

The Academic and General Training Reading sections are different:

Three reading texts are taken from books, journals, magazines, newspapers and online resources written for non-specialist audiences. All topics are of general interest to students at undergraduate or postgraduate levels.

Part 1 contains two or three short texts or several shorter texts, which deal with everyday topics. For example, timetables or notices – things a person would need to understand when living in an English-speaking country. Part 2 contains two texts, which deal with work. For example, job descriptions, contracts, training materials. Part 3 contains one long text about a topic of general interest. The text is generally descriptive, longer and more complex than the texts in Parts 1 and 2. The text is taken from newspaper, magazine, book or online resources.

The Listening Section is made up of four parts with ten questions in each part. The total Listening section takes 40 minutes to complete: 30 for testing plus an additional 10 minutes for transferring the answers to an answer sheet. Parts 1 and 2 are about everyday, social situations. Parts 3 and 4 are about educational and training situations. Each part has the following format:

Each part begins with a short introduction about the situation and the speakers. Time is then given to look through the questions. The questions are in the same order as the information in the recording, so the answer to the first question will be before the answer to the second question, and so on. The first three parts have have a break in the middle giving test takers a chance to look at the remaining questions. Each part is heard only once. At the end of the test students are given 10 minutes to transfer their answers to an answer sheet. Marks are taken away for incorrect spelling and grammar.

The Speaking Section is a face-to-face interview between the test taker and an examiner and consists of three parts:

The Writing Section has two tasks which must both be completed. In the first task test takers write at least 150 words in about 20 minutes. In the second task they write at least 250 words in about 40 minutes. Test takers will be penalised if their answer is too short or does not relate to the topic. Answers should be written in full sentences (must not use notes or bullet points). The Academic and General Training versions of the Writing Section are different:

In task 1 test takers describe a graph, table, chart or diagram in their own words. In task 2 they discuss a point of view, argument or problem. Depending on the task, test takers may be required to present a solution to a problem, present and justify an opinion, compare and contrast evidence, opinions and implications, and evaluate and challenge ideas, evidence or an argument.

In task 1 test takers write a letter in response to a given everyday situation. For example, writing to an accommodation officer about problems with accommodation, writing to a new employer about problems managing time, writing to a local newspaper about a plan to develop a local airport, etc. In task 2 they write an essay about a topic of general interest. For example, whether smoking should be banned in public places, whether children’s leisure activities should be educational, how environmental problems can be solved, etc.

How To Register And Take The IELTS?

The IELTS exams are given at test centres around the world on a regular basis. For Hong Kong and Macau testing please see the British Council Hong Kong IELTS Home page for complete details about registration, location, fees, and additional useful document downloads. For other locations, including mainland China, see the British Council Book IELTS page for a centre near you.