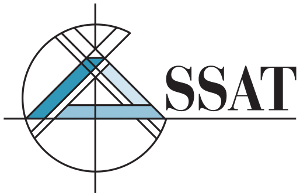 The Secondary School Admission Test (SSAT) is the required admission test for many of the best secondary and private or independent schools in the world and is used as an integral part of their admissions evaluation. The SSAT is developed and administered by the Secondary School Admission Test Board (SSATB). The test was established due to the wide variance of academic programs and standards among elementary and pre-secondary schools as it was problematic to compare academic ability based on grades and other independent performance measures the test was established to measure student ability in core subject areas independent of school records.

Different versions of the test are available for students in grades 3 through 11 and are administered on three levels (Elementary, Middle, and Upper). Two versions are available for the Elementary level – the Third Grade Elementary SSAT and the Fourth Grade Elementary SSAT. Two types of SSAT test administrations exist: the Standard administration, which is given on eight designated Saturdays during the academic year at test sites around the world, and the Flex administration, which is an individual or group test administered on any date other than the eight Standard dates. Currently the Flex administration of the tests are only available in the United States.

There are four sections to the test which takes about 110 minutes to complete. The sections are given in the following order:

Detailed guides have been made freely available by the SSATB and can be downloaded either through the SSAT or Teachers Network sites (see below).

The Middle and Upper level tests last about 155 minutes and have five sections structured as follows:

Detailed guides for both the Middle and Advanced tests can be obtained from the SSATB. Unlike the Elementary guides these are not free. Registration is required prior to downloading. Additional information about these and other SSAT guides can be found at SSAT Official Guides.

The same scaled score on the SSAT may have a different percentile rank from year to year, and the SSAT percentile ranks should not be compared to those of other standardized tests because each test is taken by a different group of students. In contrast, a criterion-referenced test interprets a test taker’s performance without reference to the performance of other test takers. For example, your percent correct from a classroom math test is 90% because you answered 90% of the questions correctly. Your score is not referenced to the performance of anyone else in your class.

It is important to remember that the SSAT norm group is a highly competitive group. You are being compared to all the other students (in the same grade & of the same gender) who are taking this test for admission into some of the most selective independent schools in the country. Most important to remember is that the SSAT is just one piece of information considered by schools when making admission decisions, and for the vast majority of schools, students with a wide range of SSAT scores are admitted.

For taking the SSAT in China (not including Hong Kong) the SSATB has only one exclusive partner authorized to administer the test – the Ameson Education and Culture Exchange Foundation. Testing is available at eight locations throughout China. More information about Ameson and the SSAT in China can be found by visiting Ameson’s website (Chinese only).

The SSAT can be taken in Hong Kong at the Hong Kong Test Center – HKEAA Test Rooms in San Po Kong. See the SSAT Test Center Search page for more information about dates and other International test locations.